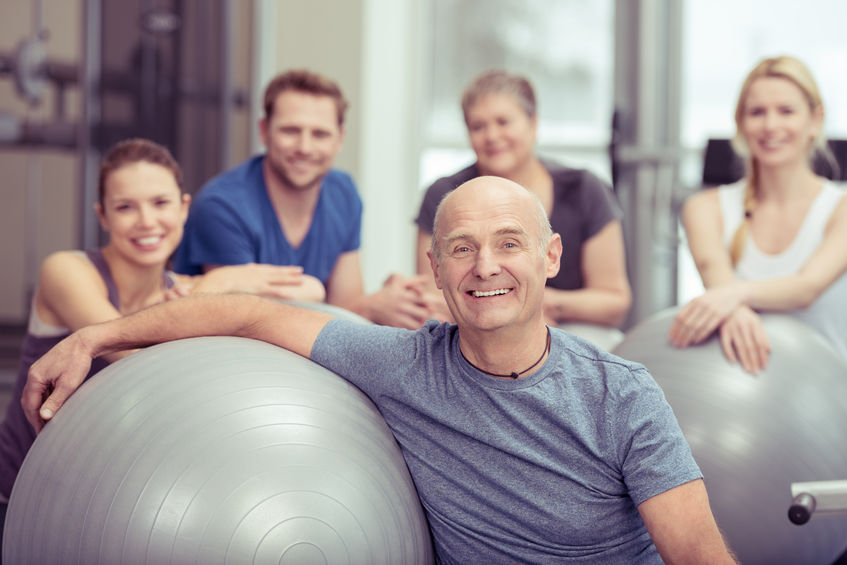 Lately I have found myself in conversations that ask the question, “Isn’t it too late for me to improve my health”? Don’t believe the lie.  No matter how old you are and no matter what circumstance you are facing today, every small step you take at this very moment toward living a healthy lifestyle will make a positive difference in your life! Recently, I was inspired by a personal story from a friend. I hope you will find my friend’s story an inspiration for your own life!

It was January and I was in a new neighborhood. During my morning dog walks I noticed an older man walking slowly down the road using a cane.   Every morning I would see him at different spots along the tree-lined streets.  We would sometimes exchange a nod or smile as we passed each other.  It seemed this must be part of his morning routine.

After some months, I noticed he was walking somewhat straighter and slightly faster.  And eventually, I started seeing him peddling a bike through the streets.  He began to look more fit, stronger, and more youthful.  He seemed more alive and happier.

One day as we were passing each other on opposite sides of the street, I ventured to speak to him. I complimented him on the progress I had witnessed and how well he was looking.  He then started to share his story.

He told me that he had just retired a year ago. Several days after retiring, he woke up one morning  unable to get out of bed.  He discovered he had a stroke. He found himself hospitalized and weaker on one side of his body.  Eventually he had surgery on his carotid arteries. This was a wake-up call for him.  “I never really took very good care of my body” he said rather matter-of-fact.

This experience motivated him to started walking every morning. But as the days and weeks went on, his one leg  became very painful and it was difficult to walk.  After several tests his doctor discovered he had a blockage in one of the blood vessels in his leg. Surgery was suggested to bypass this area.

He was very opposed to having another surgery so, when he returned home that day, he started doing research on some of his other options. He started by implementing some lifestyle changes.  He changed what he ate. He now eats a plant-based diet, including some fish.  He quit drinking alcohol and smoking. He started exercising every day.  Even though it was still painful to walk, the pain would lessen each day.

He now walks every day but no longer needs a cane.  His leg still has pain if he walks to long.   After his walks, he rides his bike through the neighborhood and then he runs up and down the stairs at his condo building, since he lives on the second floor.

I  shared with him that I work in healthcare and  my job involves educating people about the lifestyle changes he just described.  “Sometimes I wonder if anyone hears or believes what I teach,” I told him.  I continued to tell him that his story was an inspiration to me.  It reaffirmed to me that my work is valuable and that the human body is a beautiful creation that can heal itself if given the right conditions.

To this day I smile when I think of him.  I am so proud of all he accomplished through applying the principles of living a healthy lifestyle, and I have hope that all of us can heal and grow, no matter what our age or circumstances.

Be encouraged.  You can do this!  What small change do you need to make? It’s not to late and today is a good day to start!